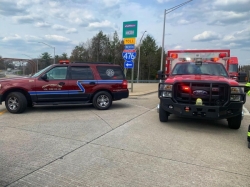 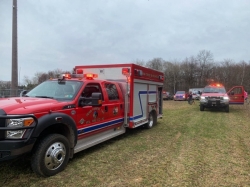 Rescue 2255 and Utility 2279 with UTV 2278 responded to a dirt bike accident with rescue off Meckesville Road. District 12 and Lehighton ALS also responded. The patient was located and extricated in u...
Read more »
Tanker 2233 Final Inspection
Tue. Apr 20th 2021 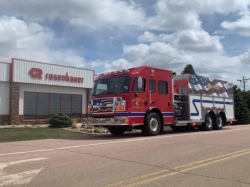 First, we would again like to thank the Penn Forest Township Supervisors and community for the overwhelming amount of support to make this project possible. Our officers have spent the last two days i...
Read more »
Motorcycle Accident in Mt. Pocahontas
Sat. Apr 17th 2021 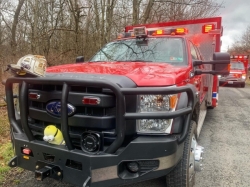 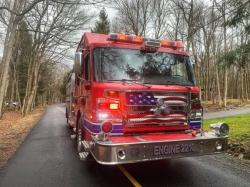 Reminder, Penn Forest Township is still under a burn ban at this time. 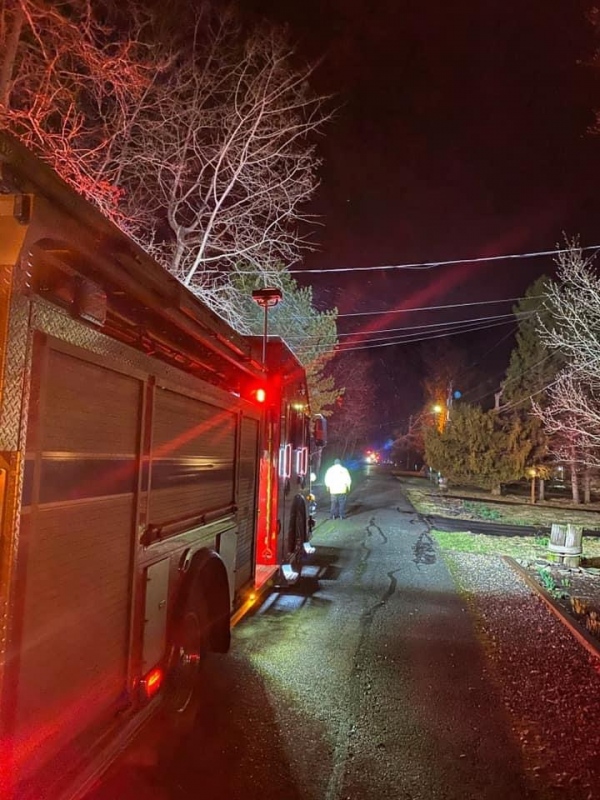 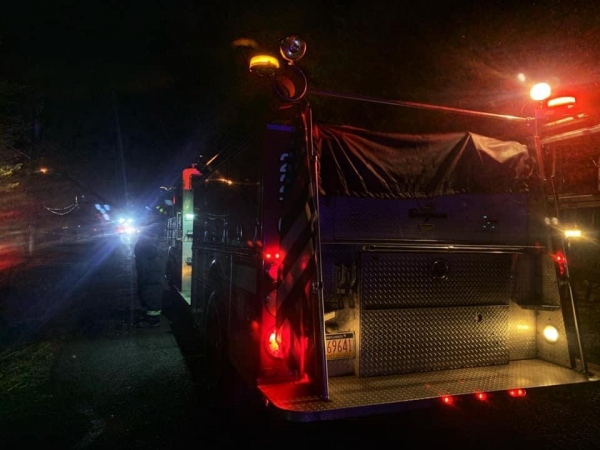 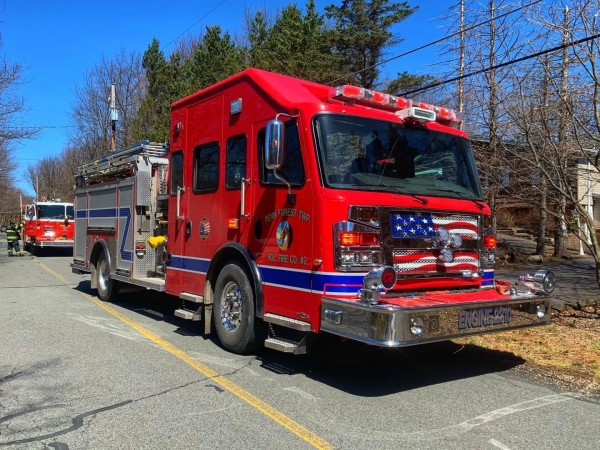 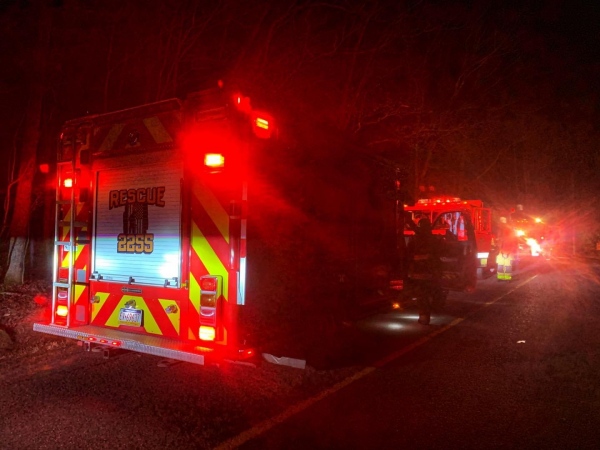 Rescue 2255 and Utility 2279 with UTV 2278 responded to a dirt bike accident with rescue off Meckesville Road. District 12 and Lehighton ALS also responded. The patient was located and extricated in under an hour.

First, we would again like to thank the Penn Forest Township Supervisors and community for the overwhelming amount of support to make this project possible. Our officers have spent the last two days in Lyons, South Dakota, doing the final inspection for Tanker 2233. With some changes needed, we expect the tanker to be in Pennsylvania in approximately three weeks. Here are some photos and make sure you check the video posted below! Please be sure to follow Penn Forest Twp Fire Co #1 for their ins... 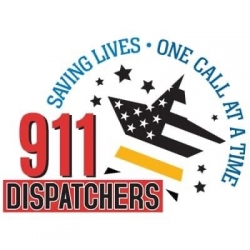 National Public Safety Telecommunications WeekApril 11th, 2021 through April 17th, 2021A special thank you to Carbon County 911 for the strength behind the scenes!We made a quick stop earlier at Carbon County 911 and provided pizzas to the dispatchers and admin for National Public Safety Telecommunicators Week! We would like to thank them again for their work! 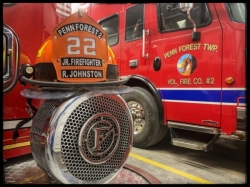 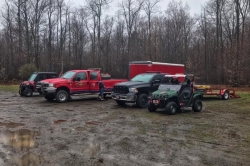 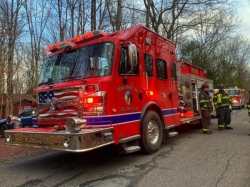 Junior Firefighter Rudy Johnston, along with other volunteers, will be out this Saturday (4/3/2021) from 9 AM until 12 PM doing a boot drive within the Towamensing Trails entrance off Route 903 (by the teepee and Pope Lane.) They will be raising money for his Eagle Scout project that will be benefiting the fire company by providing training props to the firefighters. Rudy will need to raise funds in order to provide the lumber and supplies used to build the props. The fire company will also be m... 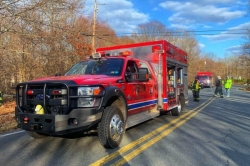 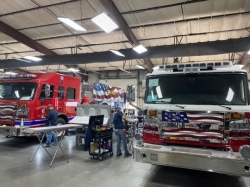 On March 25th, we said farewell to Tanker 2236 as she is on her way to her new home in Connecticut. Officers will be flying out to South Dakota in mid-April for final inspection of Tanker 2233 and are expecting delivery shortly after. Mutual aid agreements are in place in the event an incident arises so there is no delay of water within the township during this time.On March 30th, we received the attached photos of Tanker 2233. The first photo also includes Engine 1211 with it. 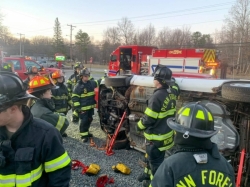 Prior to the CO incident, volunteers were taking advantage of the “warmer” weather and reviewing vehicle extrication evolutions with Rescue 2255 and Engine 2210. If you are interested in donating a vehicle, please contact us today!

Volunteers Respond to Four Calls on a Monday 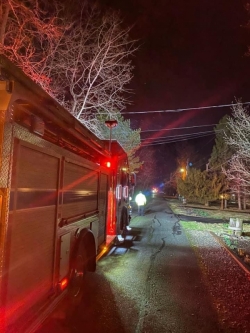 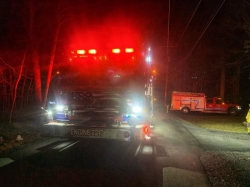 Volunteers participated in a demo for a F.A.S.T.  board yesterday evening which assists in rescues of firefighters and patient packaging and extrication. Volunteers were taught the usage of the board and a brief training on firefighter CPR.Engine 2210 and Rescue 2255 responded to a possible dwelling fire on Greenwood Drive, Lake Harmony. Districts 16, 17, Lake Harmony EMS, and Lehighton ALS also responded. 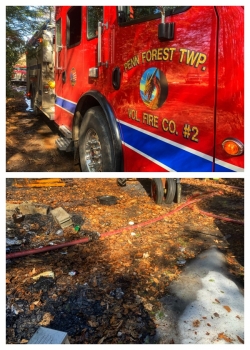 Engine 2210, Rescue 2255, Tanker 2236, and Utility 2279 responded to a reported structure fire on Route 534. When volunteers arrived, they found a brush fire with extension into a garage that resulted from a controlled burn. Reminder, Penn Forest Township is under a burn ban which means there is no outdoor burning allowed. District 12, Lehighton ALS, and Districts 16 & 17 tankers also responded.Engine 2210, Engine 2216, Rescue 2255, Tanker 2236, Command 2277, and Utility 2279 with thirt... 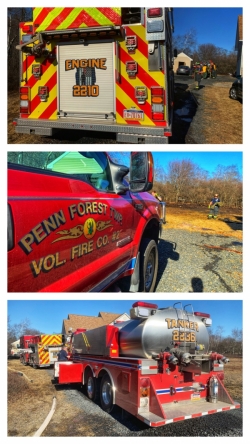 Command 2277, Utility 2279, Engine 2210, and Tanker 2236 with nineteen volunteers responded to a brush fire on Pawnee Trail, Mt. Pocahontas. District 12, Victor 12, and Lehighton ALS also responded.Command 2277, Utility 2279, Tanker 2236, Engine 2210, and Rescue 2255 with twenty-five volunteers responded to a brush fire endangering a structure on Brittany Drive, Valley View Estates. Volunteers also extinguished a burn two houses down that began to get out of control while returning. District 12,...

***ATTENTION PENN FOREST TOWNSHIP RESIDENTS***A burn ban has been placed in effect due to the dry conditions in all of Penn Forest Township until further notice. Please check back here later for when it is lifted. 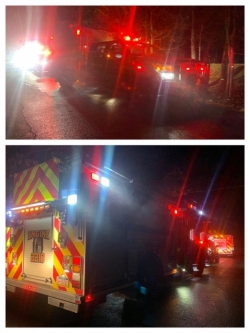